People oftentimes use the terms assault and battery interchangeably when discussing things that have happened to them. The two charges are not one in the same and have a very important distinction. A battery requires an actual physical touching. Example: A punch or kick or shove that lands. An assault on the other hand, does not require any physical contact. An assault merely requires a word or act that constitutes a threat, combined by some physical act that makes the threat of contact believable to the other party. The classic example of a simple assault is someone clenching their fists, making a threat of violence, and approaching someone in a menacing fashion with their hands ready to strike. Even if there are no punches thrown or landed by the aggressor the crime of assault has been committed. 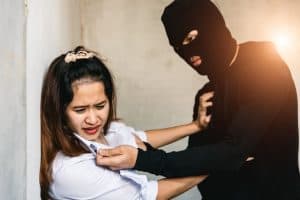 Matthew Glassman is well versed in Florida’s Stand Your Ground Law (Chapter 776) and the defenses made available in assault and battery cases.

Mr. Glassman teaches a course titled: Stand Your Ground at Florida Atlantic University. If you have been charged with either an assault or battery charge in South Florida, contact an assault and battery attorney who has the experience necessary to handle your case.

An “assault” is an intentional, unlawful threat by word or act to do violence to the person of another, coupled with an apparent ability to do so, and doing some act which creates a well-founded fear in such other person that such violence is imminent.

An “aggravated assault” is an assault with a deadly weapon without intent to kill; or with an intent to commit a felony.

Whenever any person is charged with knowingly committing an assault or battery upon a law enforcement officer, a firefighter, an emergency medical care provider, a railroad special officer, a traffic accident investigation officer as described in s. 316.640, a nonsworn law enforcement agency employee who is certified as an agency inspector, a blood alcohol analyst, or a breath test operator while such employee is in uniform and engaged in processing, testing, evaluating, analyzing, or transporting a person who is detained or under arrest for DUI, a law enforcement explorer, a traffic infraction enforcement officer as described in s. 316.640, a parking enforcement specialist as defined in s. 316.640, a person licensed as a security officer as defined in s. 493.6101 and wearing a uniform that bears at least one patch or emblem that is visible at all times that clearly identifies the employing agency and that clearly identifies the person as a licensed security officer, or a security officer employed by the board of trustees of a community college, while the officer, firefighter, emergency medical care provider, railroad special officer, traffic accident investigation officer, traffic infraction enforcement officer, inspector, analyst, operator, law enforcement explorer, parking enforcement specialist, public transit employee or agent, or security officer is engaged in the lawful performance of his or her duties, the offense for which the person is charged shall be reclassified as follows: