The United States and Florida Constitutions place great limits on the actions of both the police and the courts in the exercise of criminal prosecutions. The Fourth Amendment protects individuals from unreasonable searches and seizures. The Fifth Amendment protects an individual’s right to remain silent and demands that a person’s life, liberty or property is not taken without due process of law. The Sixth Amendment ensures an individual’s right to counsel, right to confront witnesses, right to jury trial and right to speedy trial. These Amendments ensure that an accused is treated fairly by the government both inside and outside of a courtroom. If you believe that your rights have been violated, Mr. Glassman will diligently research your case and determine what motions can be argued and what defenses can be raised as a result. 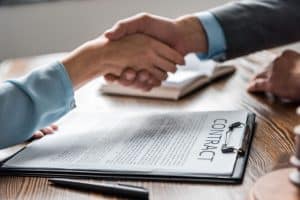 In 1966, the United States Supreme Court ruled in Miranda v. Arizona, 384 U.S. 436, that a person who is in custody must, prior to interrogation, be clearly informed that he has the right to remain silent, and that anything he says will be used against him in court; he must be clearly informed that he has the right to consult with a lawyer and to have the lawyer with him during interrogation, and that, if he is indigent, a lawyer will be appointed to represent him. These rights are called the “Miranda Rights” and every law enforcement official is trained to give these rights prior to interrogating an arrestee. There are a substantial number of cases that interpret (1) when the warnings are required and (2) whether a person has waived the warnings. You should always exercise your right to remain silent and speak with an attorney before speaking with the police by making an unequivocal request that you want an attorney. Mr. Glassman can communicate with the police and the State Attorney on your behalf, to ensure that nothing that you say will be misconstrued or misrepresented.