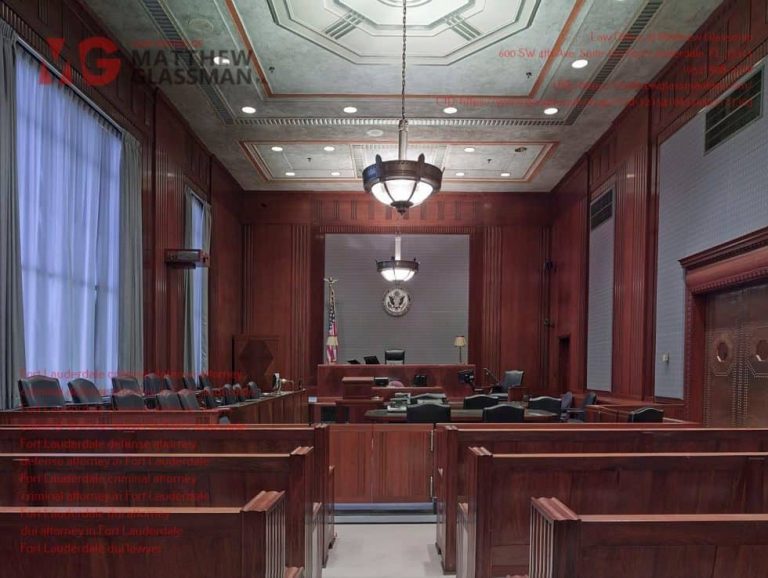 State of Florida vs. Charles Morris

Welcome back Ladies and Gents. Today we are going to discuss a criminal case that talks about the timeframe for a criminal defense lawyer to get a criminal charge dismissed when a defendant has been declared “incompetent to proceed.”

While this case is fairly easy to process, there is a much bigger issue at play: how to get mentally ill defendants and their families help.

Broward County has a mental health court. Defendants may be eligible to go to Misdemeanor Mental Health Court for charges that are punishable by under one year of incarceration or Felony Mental Health Court for more serious charges that are punishable by more than one year in the county jail. Both Mental Health Courts are designed to give defendant’s extra attention and assistance. The focus is more towards rehabilitation then punishment. A major focus of mental health court is to make sure the defendant in getting the proper services that they require.

Our criminal attorney at The Law Office of Matthew Glassman, P.A. has handled several criminal cases that involved mental health issues and are very experienced at working with mental health professionals to successfully transfer cases into mental health court and or reduce criminal penalties. If you are a loved one are facing criminal charges and may suffer from a mental illness, please don’t hesitate to contact our criminal defense lawyer.

Alright let’s get back to our case at hand. It is important to understand that a criminal defendant MUST be competent to proceed in order to resolve their criminal case via a plea bargain or to be able to stand trial. The law recognizes that some defendants may never be deemed competent and has set time parameters to ensure that a person who has been deemed incompetent will not have their case linger forever.

In 2011 Charles Morris was arrested and charged with trafficking oxycodone, tampering with physical evidence, possession of cannabis, driving under the influence, and driving without a valid driver’s license.

Mr. Morris was ultimately released from jail/custody on pretrial release where he was required to remain in community-based treatment with the caveat that he could not leave treatment or change his address without Court approval.

Mr. Morris left the treatment facility and his whereabouts were unknown. In April 2016, the Court issued a warrant for Mr. Morris’s arrest. Eventually—two and a half years later– Mr. Morris was arrested in Louisiana and extradited back to the State of Florida. Once back in Florida’s jurisdiction Morris was seen by a mental health professional who again found him to be incompetent. The Court then entered an order in October of 2018 finding the defendant to be incompetent to proceed.

The trial Court entered an order dismissing the charges against Morris and the State appealed.

The law is clear. The Court shall dismiss the charges against a defendant after 5 continuous, uninterrupted years of the defendant being deemed incompetent unless the Court makes a written finding that the defendant will likely regain competency in the reasonably foreseeable future. The State argued that the 5-year period was interrupted and not continuous as the defendant not only violated his pretrial release by leaving the treatment facility, but he also left the State of Florida. The argument from the State’s point of view is that Mr. Morris should not be deemed incompetent during the time he disappeared as he did not avail himself to the Florida Court System. The prosecution argued that the defendant essentially absconded (similar to when someone violates their probation and goes on the run) so the 5-year period should be tolled. Meaning Morris should only get credit for being incompetent while Florida was able to supervise him on release not for the time where his whereabouts were unknown.

The appellate court looked at the opinion from Daugherty v. State, 149 So. 3d 672, 676 (Fla. 2014) where the Court held “An individual who has been adjudicated incompetent is presumed to remain incompetent until adjudicated competent to proceed by a court.”

The Court was swayed by Daugherty and upheld the trial court’s ruling to dismiss the charges. The Court agreed that a tolling provision might be appropriate but that it was not their job to create one when one does not exist. The Court recommended that the legislature look into the issue.

Of note here is that the Court DID NOT have to dismiss the charges against a defendant who has had 5 continuous/uninterrupted years. Florida rule of Criminal Procedure 3.213 permits the Court discretion to make written findings that would suggest that the defendant could regain competency in the foreseeable future thus delaying the dismissal.

As most criminal defense lawyers and judges are not doctors, this area of law is highly dependent upon expert testimony. Experts can not only help determine the competency of a criminal defendant they also can opine whether or not a defendant may meet the criteria set forth for a mental health downward departure in Florida Statue 921.0026(d).

Criminal defense attorney Mr. Glassman has many years of experience defending the mentally ill. If you suffer from a mental health issue and are facing criminal charges, please feel free to contact our criminal attorney at The Law Office of Matthew Glassman for a free consultation.